There are a number of great exhibitions around the country at the moment, including:

New Work 2012 by Joshua Miles (SA Print Gallery, Cape Town)
Running until 17 January 2012.
Joshua Miles, one of South Africa's most talented upcoming printmakers, is currently on show at the SA Print Gallery.
Joshua combines the best of traditional Japanese woodblock printing with his divine and contemporary world between Cape Town and Bardskeerdersbos, where he works and gardens.
Josh's show can also be viewed at www.printgallery.co.za.


Rose Korber's 20th Art Salon
Running until 31 January 2012.
"The past two decades have seen an enormous shift in South African art, with our local artworks becoming more internationalised and our artists taking their rightful place on a world stage" says noted independent Cape Town art dealer and consultant, Rose Korber. Celebrating her 20th annual Art Salon, Rose - herself an icon in the art industry - will be exhibiting works by many of these artists from 16 December 2011 to 31 January 2012.
More information is available here.
48 Sedgemoor Road, Campsbay, Cape Town. Tel: 021 438 9152 | rosekorb@icon.co.za | www.rosekorbart.com

'David Hockney RA: A Bigger Picture' will span a 50 year period to demonstrate Hockney’s long exploration and fascination with the depiction of landscape.

The exhibition will include a display of his iPad drawings and a series of new films produced using 18 cameras, which will be displayed on multiple screens and which will provide a spellbinding visual journey through the eyes of David Hockney. 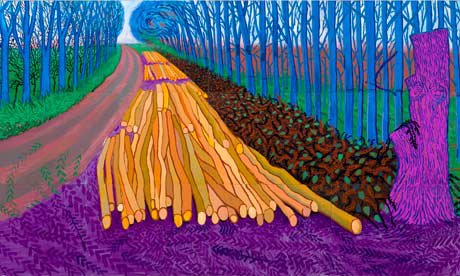 Posted by Designers on Display at 11:45